Yes, all the jokes have commenced about how a virus managed to get on one of the laptops up in the International Space Station. Some say the astronauts were looking up porn on the net or doing gaming. More logical minds say that it could have simply been picked up from something as simple as an email down on earth before being sent up to the space station. Then you have the prescient fatalists who say that it’s probably only the beginning of what could end up becoming how space could become infected with things from earth rather than the other way around as insinuated in “The Andromeda Strain.”

That’s the risk of going up into space and taking humans along for the ride who undoubtedly have some serious baggage. One of those pieces of baggage is human error that can put an entire mission into jeopardy. Nobody really knows of the things that likely do go wrong up there when astronauts are working in the space station or even what they may be doing to have some fun that they obviously need after working with science all day long. Part of that may be exactly what some say goes on up there when cameras aren’t around to prove otherwise: Engaging in acts that don’t necessarily behoove what we consider to be honorable astronautic behavior.

In that regard, it leaves some room open for where that computer virus came from when you consider that even NASA isn’t saying or appears to even know. After the arrest of astronaut Lisa Marie Nowak back in 2007 for behavior that seemed to defy what we usually think of space shuttle astronauts, we’re reminded that astronauts who work for NASA aren’t always perfect individuals, can have wild streaks and may even look up things on the internet that would send some conservatives into an orbit of frustration from the thought we’re paying taxes on what they do up there. Some might find it the equivalent of soiling the White House the Bill Clinton way.

Well, the only difference is that you can’t prove anything when no cameras are up in a place inaccessible to other witnesses and all the astronauts are in agreement with a particular prurient activity that might take place. It does seem a bit odd when people question why NASA, with all of its technology, didn’t bother to run their computers through virus protection software before taking it up to the space station. Based on media reports, the virus found on the laptop is actually one quite typical and related to stealing password information, etc., from gamers.

Of course, that spread the rumors that the astronauts were playing video games up there in-between doing their work.

Those rumors persist despite NASA saying the space station doesn’t have internet access. The key word they used, though, was that they didn’t have direct internet access when they didn’t necessarily say that someone couldn’t use a Wi-Fi system, especially when access to satellites is much easier in the orbit of Earth. NASA also admits that it’s not the first time a virus has hit the space station either.

Is that a subtle hint that astronauts when up in space have uploaded things on the net they shouldn’t? Well, it they do, the public shouldn’t be shocked by it when it’s really the only means of entertainment for them when a day’s work is done. I’m sure the old Apollo astronauts would have liked to have had the internet to keep their minds sane during lulls in the missions. When in a space station besides, a feeling of desolation undoubtedly occurs outside of near continuous cerebral stimulation from the myriad work they have to do. Once the time comes they want to let their hair down (or up when in zero gravity), having the ability to view something on the internet that’s either naughty or entertaining probably proves too tempting for more than a few astronauts.
____

We’ll assume our astronauts don’t consider some of those missions a space version of the Mile High Club. And yet the rumor persists that they undoubtedly do things like that and possibly look up things on their computers that could result in getting a virus, just like many on Earth. We’ll assume then that if they’re up there having sex on some occasions as some contend that they won’t be bringing back a new sexually-transmitted virus in the form of an Andromeda Strain. Plus, if they continue to get viruses on their computers, what would happen in the event we finally do an extensive mission to Mars if several viruses permeate computers on board?

Yeah, I know, Norton Anti-Virus will probably not only have a monopoly here on Earth for anti-virus software by then but also dominate the universe. I’m sure Microsoft is jealous.

We’ll have to feel better about all of this by realizing that today’s astronauts at NASA are a little wilder and more daring than perhaps the older generation ones were. That’s not to say they haven’t always been the same way, but younger generations growing up with the internet have the philosophy that they’re free to look up anything at any time…even if they’re floating in zero gravity on a space station and feeling awed by the sights of the Earth out their window… 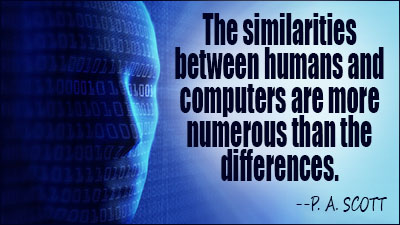